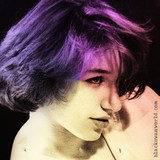 Not many people would have the courage to chase their dreams by taking a one-way flight from Europe to the USA… yet that is what Irenka did. Since landing in Nashville, Tennessee, she has performed in cities such as New York, Dallas, and Los Angeles as well as internationally in Toronto, Brussels, and Prague. Irenka has also received media coverage from ICI Radio Canada, France 2 Television, The Pittsburgh City Paper, and on “Great Day Live!” in Louisville, Kentucky. From the French Industrial-inspired “Comme Si” to the jazzy and sarcastic “I Don’t Need No Lover”, her debut EP Wait 4 It consists of five tracks showcasing a variety of Irenka’s music writing styles. A vocalist, composer, and multi-instrumentalist, Irenka is currently preparing for the premiere of her latest music video, “Dreamland”. The conceptual video, best described as a collision between musical expression, choreographed dance, and visual art, is a representation of the challenges Irenka encountered on her journey, moving to the United States and building her music career. Irenka is fluent in four languages – English, French, Spanish, and Czech. She loves travelling to new countries and meeting new people and cultures. In her downtime, Irenka can be found salsa dancing or binge watching TED talk videos. She is also an advocate for mental health awareness, anti-bullying, and environmental issues and solutions. Visit her website www.blackswanworld.com, for merch, freebies, and to sign up for show updates.