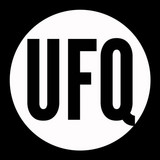 Whilst celtic dance forms and folk songs provide the basis of much of The Urban Folk Quartet's output, the music crafted around that framework draws as much from funk, rock and non-western influences as it does traditional music. Violinist, guitarist and mandolin player Joe Broughton (The Albion Band) first met fellow founding member Paloma Trigás in 2002, through folk music at The Birmingham Conservatoire. At that time, fiddler and vocalist Trigás was regularly taking time out from her studies to tour worldwide with Carlos Nuñez, a celebrated piper from her native Galicia. Soon after, multi-instrumentalist Frank Moon and percussionist and singer Tom Chapman found themselves crossing musical paths with Broughton in a Birmingham gypsy jazz collective. The combination of Moon's abilities in jazz, Afro-Cuban and Arabic music, Chapman's hybrid approach to drum kit and hand percussion, Broughton's folk, blues and rock background and Trigás' folk experience and classical training laid the foundations for the launch of UFQ in 2009. The band have taken their high-energy show to gigs and festivals worldwide. Departing in 2014, Moon was replaced by banjoist, guitarist and singer Dan Walsh, whose virtuosic and idiosyncratic approach to his instrument fit perfectly. His travels, studying Indian Classical music and building his repertoire of American folk songs have had a particular influence on the band's more recent releases.