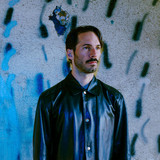 Lorenzo Senni is an Italian experimental musician and visual artist best known for deconstructing the epic build-ups and ecstatic synthesizer arpeggios of '90s trance and hard techno, dubbing his style "pointillistic trance." First gaining attention and critical acclaim for his 2012 full-length Quantum Jelly, he continually refined his signature sound on more fully developed subsequent releases such as 2016's Persona and 2020's Scacco Matto. Senni first got into music through punk and hardcore, initially playing guitar as a youth before moving on to drums. After discovering experimental rock and noise, he was in an improvisational group called Le Harmacy, which released a split cassette with a then-unknown Talibam! in 2007. Senni then started making glitchy laptop electronic music influenced by labels such as Raster-Noton and Mego. His first album, Early Works, was a split release between his own label Presto!? and Kesh Recordings, run by Simon Scott of Slowdive. Senni's second album Dunno followed in 2010. After its release, Senni became interested in exploring elements of trance, minus the beats. A 2012 12" EP titled Hexplore Superfluidity, released under the name Stargate, was a step in a different direction, but was far more rhythmic than his earlier work. However, it was Quantum Jelly, Senni's 2012 debut for Editions Mego, which focused on deconstructed trance. The LP was created using a Roland JP8000 synthesizer, and all of the tracks were live one-take recordings. The album received critical acclaim, and following two EPs Senni released as part of collaborative project One Circle, Superimpositions appeared on Boomkat Editions in 2014. The album was a more fleshed-out development of the Quantum Jelly sound, and garnered even more praise. Two years later, Senni signed to Warp (home to Oneohtrix Point Never, another Editions Mego alumni, whose work occasionally flirted with deconstructed trance) and released Persona, an EP that was even more melodic, structured, and song-like than his prior work. A 12" single, XAllegroX/The Shape of Trance to Come, appeared in 2017, and The Shape of RemixXxes to Come was issued a year later. Also released in 2018 was an EP of Senni and Francesco Fantini's music for the film The Challenge, recorded with an orchestra. Scacco Matto, Senni's first Warp full-length, arrived in 2020. ~ Paul Simpson, Rovi