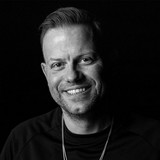 With gigs all around the globe, releases on the biggest labels of the world and collabs with the best DJ’s of the planet, Billy The Kit left his mark in the biggest clubs and festivals, traveled each day to another country and lived like a rockstar. In 2019 Billy decided to work on himself, face his struggles and clean up the past, not knowing if he would ever return as an artist...   … but Billy the Kit came back stronger than ever!   Billy The Kit is still getting booked at the largest festivals and clubs in the world, releases music with support from the Chainsmokers and Kygo and is a resident guest on Holland's most popular radio station Radio 538 and Slam and well known for his unique skills.   In just one year, Billy the Kit started a Rise movement! He started his own label Rise Recordings and Rise publishing in collaboration with ADA music and Warner Music. “Thinking About You” became the first release and got supported in the major playlists and by colleagues like Sam Feldt and Blasterjaxx.   His second release “I Got You” is a personal story about sharing struggles, friendship and supporting each other, especially in challenging times. The track is chosen to be the anthem in Yes We Can Clinics where Billy gives workshops for the young fellows after finishing the Jung International coaching academy.   Rise Recordings is determined to make a difference from a social perspective and will donate a percentage of its revenue to charity.   ‘We Rise By Lifting Others’