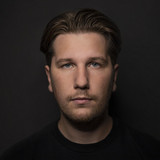 A true artist in every sense of the word, Layton Giordani stands firmly as one of the most popular tastemakers of techno’s new school, with his pioneering musical vision serving as a contemporary voice for the younger generation. Spending years acquiring knowledge from musical greats, the 28 year old possesses a wealth of experience far beyond his years and has now undeniably earned his rank in the upper echelon of techno. With a repertoire that knows no bounds, the dexterous New Yorker has explored a new dimension of scope with each passing year, nurturing a monumental discography that echoes staunch dedication to his craft. Giordani’s palpable successes can be largely credited to his extensive stock of knowledge, garnered through an insatiable work ethic and years spent earning his keep in the industry. Solely focused on his passion for music from the age of just 13, Giordani’s path forever changed at 19 years old after watching Danny Tenaglia perform live at Pacha NYC. Deeply inspired by the formative experience, Layton began to master his craft behind the decks, landing a pivotal residency at Brooklyn’s Output NY that would consequently steam-roll his career into quick maturity. Thanks to the faith they instilled in him, Layton turned heads and began making a name for himself through his deft touch and sharp ear.