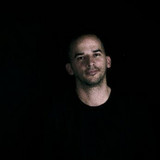 Sakis was born in the beautiful island of Zakynthos, in Greece. Sakis from an early age was interested in music.At the age of 10 he started lessons in classic guitar but he was interested for all kind of music until he listen for first time the sound of electronic music.At this moment he understand that electronic music has captured his heart. He keep on listening electronic music more and more and realised that he wanted to make people move in the rhythm of dance music.At the age of 14 he played as dj in friends parties. Two years later he started performing as dj in small clubs and bars. Later on he started experimenting in music creation and in 2007 he released his first single called ''Fall in Love'' from Dance Records. Sakis is hosting his own radio show ''The house of music Show'' in Safari Radio 104.7 fm (Greece) every Friday 02:00 pm in addition sakis has made guest appearances at several radio stations like Alpha Radio (Sofia ,Burgaria), Mindradio (Athens, Greece),Traffic fm (Crete, Greece) , Ibiza Live Radio (Ibiza ,Spain) . Sakis has realeses at label