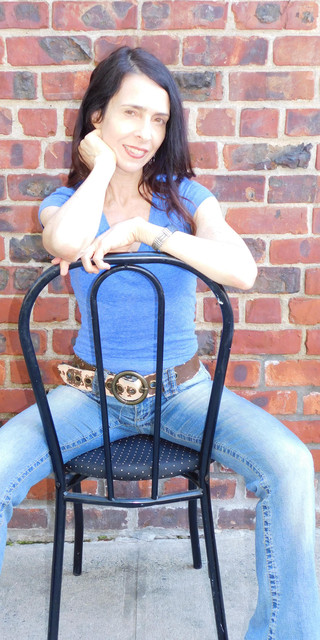 Kama Linden is a fireball of energy, passion, and versatility. This gutsy lyricist draws you in with her edgy lyrics and voice, lulls you in with SMOOTH vocals, and has you grooving with sultry sounds that are undeniably her own. Live on stage, she has gathered many a crowd at various festivals and other venues large and small. She has toured the USA and abroad as an acoustic solo artist in support of UNINHIBITED 2006,

BETTER LATE THAN NEVER and SOUTHERN COMFORT, along with her children's song single: IT TAKES ALL KINDS. Unlike her first two albums, SOUTHERN COMFORT was recorded in NASHVILLE with all live studio musicians. Look out for a new studio release in 2020. Although her albums are fully orchestrated, she usually tours as an acoustic soloist, or plays with a partner or acoustic trio. She has performed in London/Southeast/Devon, Wales, Amsterdam, AUSTRALIA and Prague. She has performed in many a festival such as SUNBURY RIVER FESTIVAL for four consecutive years, Nashville Songwriter's Festival, Art by the Ferry, Halstead Market Days, Jersey Shore Festival for 3 years, FIGMENT, Porchstomp, and the Birdman Festival (UK). Her songs have been licensed to small films; "Another Me" was used for a Blue Cross Radio Spot in California. "Bitter Lemon" was featured on a Radio Show in Nashville called "Sauced" in July 2008: WLAC 1510 AM. Her song "Crossed Over" from UNINHIBITED 2006 is being featured in a book that was released as a 9/11 remembrance by ArtForHealingNYC.Org.