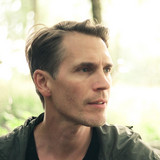 Since the early 2000's singer and songwriter extraordinaire Tingsek has been giving his audience Swedish soul with influences of classic American soul tradition. After five successful albums Tingsek finally made a much longed for comeback in October 2016 with the album Amygdala, his sixth and without a doubt most solid album yet. With Amygdala, including singles like "The Fiddlers", "Gas Station Gus" and "Miss Brand New", Tingsek got deeper and more personal than ever, and provided us with a full on amazing soul album. The multi-talented producer/ artist / songwriter has collaborated with such diverse artists as Swedish Grammy winner and hip hop artist Timbuktu, Norwegian artist, composer and lyricist Bernhoft, as well as with the Malmö Symphony Orchestra. The last couple of years Tingsek has, besides working on his latest album, been busy with writing and producing for other musicians. He co-wrote and produced the latest Allen Stone album Radius, and toured with Allen Stone on at least 50 shows in the US. Allan Stone also appears on Amygdala, for the song "Maggie &amp; Al". In 2017 Tingsek played a great number of sold out headline shows in Sweden, as well as an almost sold out Scandinavian Tour. He also managed to fit in a gig at the iconic The Jazz Café in London - and sold out there too. He went to Curacao for a full on Caribbean gig with Allen Stone, and made a heartbreakingly good performance at the 2018 Swedish Grammy's together with rising star Rhys.