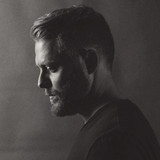 The middle of three children, Bridges was dutifully fed biblical truths by loving parents and a Bible believing church while growing up in Rayville, Louisiana. As a teen and into his early 20s, in true prodigal son fashion, Bridges willfully spit out those truths, deciding instead that he was undecided, as far as organized religion was concerned. What resulted was a deep, spiritual hunger that vaulted Bridges on a quest which ultimately resulted in a faith hard-won and true. Not only does he now sit at the Master's table, Bridges' writes and sings about his master for listeners to likewise feast on a powerful message of overcoming, of redemption, of forgiveness and grace. Finally grounded and secure in what he believes, and in Whom he believes, Bridges says he hasn't been the same since the night he surrendered his life. God's hand in his life is no longer hidden. Always present before, but unacknowledged for too long, Bridges is now fully aware of His presence and leading. "There's another way to live your life," he smiles, "and it's a lot better than the other way I did it." Bridges still resides in Northeast Louisiana with his wife Mary Elizabeth and serves on Christ Church West Monroe worship team when he's not touring.