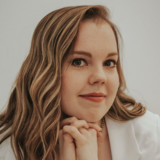 Bio Rosemary Lawton, 2019 ECMA Roots/Traditional Nominee, and 2018 MusicNL Celtic/Traditional and Female Artist of the Year nominee, is an up-and-coming force within the Newfoundland music scene. She is a quadruple threat, being an accomplished songwriter, vocalist, composer, and actress, working with multiple high caliber talent across the island such as; Newfoundland Symphony Orchestra, the MUN chamber Orchestra, The Celtic Fiddlers, and more, as well as an artist in her own right. Rosemary is a multi-award-nominated Newfoundland traditional artist, with formal training in classical violin and has a degree in Music Education. She is a passionate advocate of women’s issues and champions the advancement of women in the music industry through her work. Rosemary is helping to preserve Newfoundland’s rich tradition by collecting, recording, and performing Newfoundland traditional music. Her music is a hybrid of both classical and traditional genres.

There is a underlying hint of