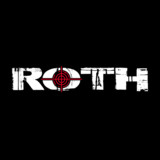 Quentin Roth, based in Thuringia in Germany, is a young musician who presents his own vision of metal with German lyrics and a good dose of morbidity on ROTH’s debut album "Nachtgebete". It’s not an empty phrase if we say that Quentin has experienced metal from an early age, because his father is M. Roth, who is well-known for his work with bands like Eisregen, Eisblut, Marienbad and numerous other projects. M. Roth’s distinctive and unmistakable voice breathes life into the hymns on "Nachtgebete" and gives his son’s compositions a voice. Quentin is responsible for all music on ROTH’s debut album. This refers to both compositions as well as instrumentations. He is also responsible for the lyrics. As you’ll hear, the apple does not fall far from the tree, because he has clearly inherited the tendency towards a rather morbid lyrical content from his father.