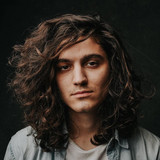 Rock & roll voyager from the swamps of Louisiana Alex Voorhies, better known by his stage name Jesse Slayter, is no stranger to dance music. Since 2009 he has explored, studied, and attempted almost every genre of

music merely for practice & pleasure. In the span of his relatively short career he has published releases on almost every notable dance music label in America including Skrillex's OWSLA, Diplo's Mad Decent, and A-Traks Fools Gold. Fast forward to today and he has found a sound of his own. It can only be described as a bass heavy, guitar ridden, futuristic outer-space funk of an experience. He rests in peace beneath the completely lacking creative institution DEVOiD RECORDS. 4/16/2012 - 1/12/2018 "there is only flesh"