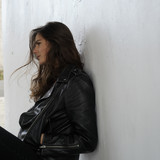 Half Spanish, half American, Anderson was born in Italy but spent most of her formative years in England. At the age of 11 her family of five left to sail around the world on a 44ft Catamaran. Three years later they sailed into Auckland, New Zealand. Classically trained in piano from the age of 6, Anderson continued to study Classical Piano and English at Otago University in New Zealand, completing a Bachelor of Music in 2016. Leaving to LA on a one way ticket in 2017, Anderson recorded and independently released her debut EP Darkerside in 2018. Currently working on her sophomore EP, Anderson is signed to THINK Music for Licensing and her A team August Avenue for management.