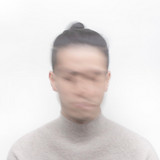 Daigo Hanada is a pianist/composer from Tokyo, Japan. From an early age on he has been surrounded by music. Thanks to his late grandmother who was a koto player, he grew fond of various instruments, especially the piano. Even though growing up in the bustling city of Tokyo has characterized him, he's always sought quiet and peace far away from people and the city. It has become his mission to reflect on those values and make them part of his musical journey. He has released a solo album 'Ichiru' (2017), EP 'Ouka' (2019), and 'Sayuru' (2021), his latest collaborative EP with Yoko Komatsu, with Moderna Records. He has also participated in various compilations and done reworks for artists such as Matt Emery, Richard Luke, Michael A. Muller, and more.