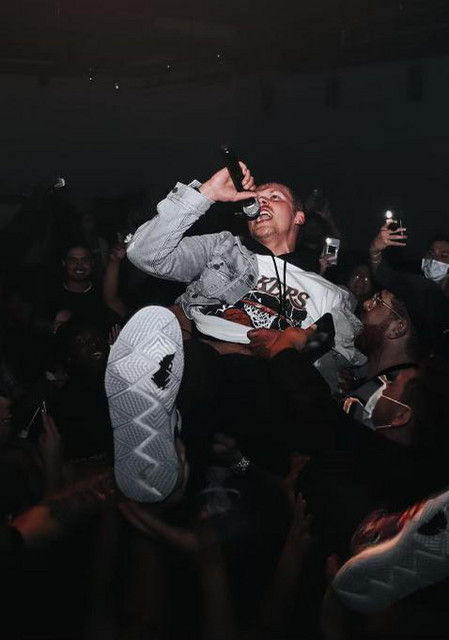 Zauntee is a 21 year old artist from Tampa, Florida and has been writing songs for over a decade and producing his own music since he was 14. In 2017, he released his first music video independently for "God Taught Me" which has received more than 8.4+ million views to date and quickly put the promising young artist on the industry’s radar after going viral.   He has been touring around the U.S., most recently as a guest and host for Casting Crowns’ "Only Jesus Tour" Spring and Fall 2019, doing shows in 59+ arenas on the East and West coast. In January he joined the Winter Jam 2020 tour doing concerts in 20+ arenas on the East coast.   Recently, Zauntee also got the opportunity with Fox Sports to be their Artist of the Month, where his songs were featured on various spots in College Football games along with other sports within their network and programming. He has also had his songs recently used by the UFC, ESPN's "First Take" , and the TNT network for NBA games. Spectrum Sports used one of his new songs “Winning” to make a season highlight of the Lakers 2020 NBA championship. Fox Sports used it as well in the 2020 MLB World Series.   Zauntee released the first single "I'm Sorry" and music video on September 10th from his debut album "3:34".   3:34 released November 13, 2020 starting a new chapter in Zauntee's Career.   This is just the beginning. The World WILL KNOW the God we follow.   Text Zauntee at +1 813-981-7750