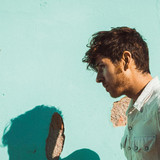 Known as the first band ever to be kicked out of Wal-Mart for playing an illegal show, Brett Newski & the No Tomorrow bring a 90's alternative sound across a 200 date touring year. Newski has played over 1200 shows on every continent except Antarctica. Most recently he's been supporting Violent Femmes, PIXIES, Chuck Ragan, & New Pornographers in the US. His latest LP, "Life Upside Down" was produced by Hutch Harris of Sub-Pop & Saddle Creek legends The Thermals and engineered by Beau Sorenson (Death Cab for Cutie, Superchunk, Bob Mould), "Life Upside Down" is a beautiful catharsis to a happier brain and sense of belonging. If you frequently find yourself stuck in your own head traffic, this record might help get you free. BRETT NEWSKI - Ride [Official video]: https://www.youtube.com/watch?v=KW5sn8lhzY0 www.brettnewski.com "Showcases the unapologetically frank but not overly aggressive nature of 90s alt. rock perfectly." -American Songwriter “A hypnotic slice of slacker pop.” -Popmatters "Newski's live shows are part rock n' roll, part stand up, and part therapy. In the end, the room is won over." -The Current, MPLS "I like the sound and the way he is forcing the world to contend with him." -Brian Ritchie, Violent Femmes