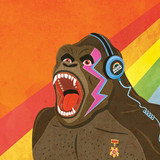 Based in London, hailing from Hackney, Montenegro, Moscow, Sydney and beyond, Soul Grenades have established themselves as one of the most exciting live acts on the funk and soul scene. Fronted by singer Sabina Challenger, the band boasts a super-tight rhythm section, blistering horns and a burgeoning song book of original music. Fusing their many influences, encompassing crate-digging rarities from the 1970’s to contemporary dance floor fillers, Soul Grenades deliver no-nonsense, hard-hitting, uptempo funk that compels people to Get Up Offa That Thing and dance. Soul Grenades’ debut album Pullin’ the Pin was released in July 2017 and received extensive airplay and critical acclaim worldwide. Soul Grenades have performed at some of London’s most prestigious venues including The Jazz Cafe, Pizza Express Jazz Club, Matt &amp; Phred’s, The 299, plus a number of festivals around the UK. The band have supported several internationally renowned recording artists including Brooklyn Funk Essentials, The Mighty Mocambos, Geno Washington, The Filthy Six and more.