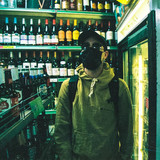 Morriarchi   First became known for his production on the Bad Taste imprint. Since then he has gone to do very special things considered ‘Low-Fi’. Appearing on labels like Blah and working with some of the greats in UK scene. Bisk, Lee Scott and Jehst. Both on his own projects as well as many of theirs.   Morriarchi really is one of the UK’s most innovative producers. A true auteur in his lane. Heavily influenced by Jazz and that clunk Hip-Hop.   - Rap and Soul