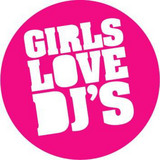 Girls Love DJs is a name that’s hot on the lips of those who know in the dance scene right now. While he recently signed at Dutch powerhouse Spinnin’ Records and released his debut single, Dynamite , to great fanfare, and a collab with the superstar Sam Feldt on the hit single Just Dropped In (My Condition), he is by no means new to the game.   The Girls Love DJs parties have achieved legendary status in the Netherlands over the last decade, mashing up a myriad of high-energy dance, electronic and pop styles into one colorful concoction at clubs and festivals up and down the country. What started from humble beginnings grew to become a serious movement. DJing under the same name at many of the country’s best parties and achieving a massive fan base in the process, he established himself as one to watch.  Moving into production was the natural next step, which began in 2015. Early releases and collabs on Armada Deep and Ultra made serious headway, with the awesome Easy picking up over 1.3 million plays alone. He has laid down an impressive marker with Spinnin’ in the form of 'Dynamite'. A bright and breezy drum & bass meets pop number, it embodies the positive, feel-good spirit that people have come to associate with Girls Love DJs as well as that eclectic mix of sounds. The track picked up over 650,000 plays in just a month from!