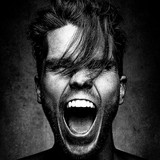 After amassing over 2+ Billion global streams, 60+ international certifications, and countless sold-out headline shows spanning from London to Moscow, Grammy-nominated Icelandic rock band, KALEO, has proven to be a worldwide phenomenon. Known for their electrifying live performances, KALEO completely sold out their first U.S. headline tour and was a standout at Coachella, Lollapalooza and Bonnaroo and were hand-picked to open stadium dates for the Rolling Stones. After wrapping up nearly 3 years of non-stop touring in support of their major label debut album "A/B" in October 2018, frontman JJ Julius Son began working on the highly anticipated follow-up.

In 2020, KALEO unveiled the first taste of sophomore album "Surface Sounds" with the simultaneous release of “Break My Baby” and “I Want More,” which reached #6 on Billboard’s Triple A radio chart and was performed live in studio on CBS’ “The Late Show with Stephen Colbert.”