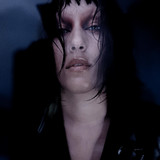 Lafawndah's journey to her current incarnation as a devotional pop polymath has wound as unpredictably as her compositional style. Ancestor Boy, released in 2019, is a record loaded with trap doors, her intricate production style married with her vocal performances that oscillate between the warm secrecy of a whisper, and a loud and generous rallying cry. Companion piece Ancestor Boy II is testament to her curatorial ear - it acts as a global call for collaboration with peers at the forefront of new music. The ceaseless artist returns this year with The Fifth Season, announced with striking single You, at the End featuring lyrics from Kate Tempest. Inspired by her encounter with author NK Jemisin’s Broken Earth trilogy, Lafawndah both pays homage to and extends further the elemental, emotionally charged myths of Jemisin’s books. In contrast to the precision-tuned industrial productions of Ancestor Boy, The Fifth Season breathes a different kind of volatility. Inviting a new degree of spontaneity and freedom into her process, Lafawndah’s collaborators - Theon Cross (tuba), Nathaniel Cross (trombone),