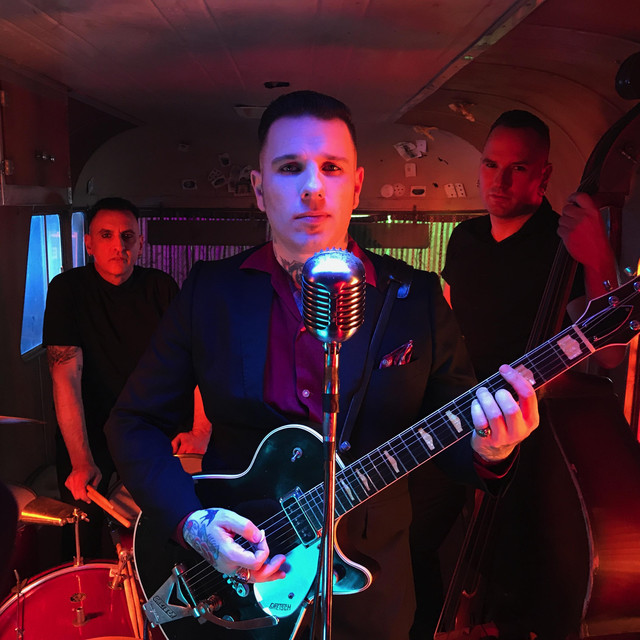 Four albums were released on Hellcat / Epitaph, starting with their self-titled debut in 1999. Heavy touring continued through the end of 2008, when they wrapped the cycle for ‘Music From Regions Beyond’, produced by the legendary Jerry Finn. The album yielded the single “Forever Fades Away” and their highest visibility with favorable reviews in the ‘New York Times’ & a national TV appearance on ‘Jimmy Kimmel Live’, yet they’ve always been outsiders to the mainstream, authenticity never compromised. Nick 13 switched gears to play Americana music solo, releasing & touring a self-titled album on Sugar Hill Records in 2011. Tiger Army continued in a limited capacity, still playing “Octoberflame”, a multi-night SoCal festival curated by 13 (which had its tenth installment in 2019 with 2 sold out shows at The Wiltern in LA). The band returned to full-time status in 2015 with the recording of 'V •••–', released the following spring on Luna-tone / Rise, then touring over four continents. 2018 saw the release of the Tiki / surf themed 'Dark Paradise' EP. The band recorded & released 'Retrofuture', their sixth full length in 2019.