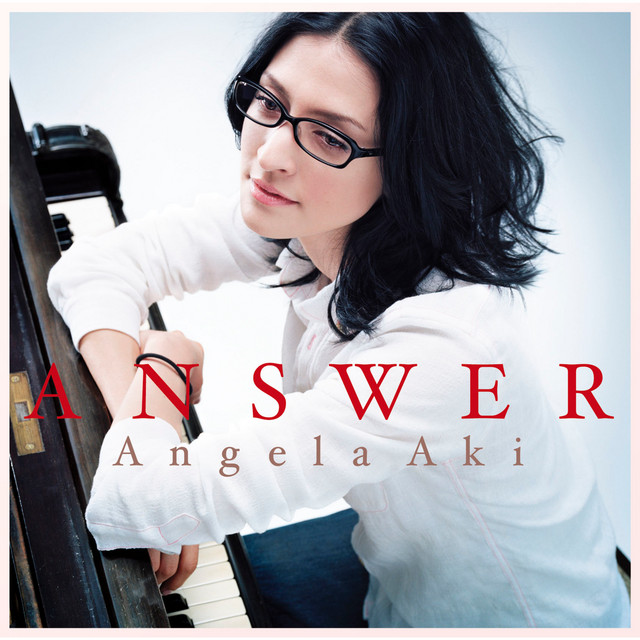 Angela Aki is a Japanese singer/songwriter who specializes in piano-based pop/rock. She achieved fame after doing a theme song for the Final Fantasy XII game in 2006, although her career was underway for quite a while before that, starting on the other side of the Pacific -- which is not surprising, considering that Aki is the daughter of a successful Japanese businessman and an American of Italian origin. Born in 1997 in Itama, Japan, as Kiyomi Aki, she received musical education since the age of three, being taught to play piano, violin, guitar, and even drums. When she was 15 years old her family moved to Hawaii, where she graduated from high school, earning a scholarship for a Washington university. She combined political and jazz majors, but her fate was actually decided by a Sarah McLachlan show that she attended, leaving with a desire to become a singer/songwriter. She started performing in coffeehouses and soon met Tony Alany, who would be her first husband and the producer of her debut indie record, 2000's These Words (with lyrics in English). Aki had achieved moderate success, opening for Sixpence None the Richer and performing at Al Gore's Christmas party, but in the end she quit the American scene and returned to Japan, ending her first marriage not long before that. Aki's first Japanese release was the mini-album One, out in 2005. It topped HMV's yearly indie charts and, more importantly, attracted the composer Nobuo Uematsu, who let her record his song written for Final Fantasy XII. Aki composes her own material, but that was too good a chance to pass up, and so, after having a couple of moderately successful singles, she wrote lyrics and sang on "Kiss Me Good-Bye" (2006), which reached number six on the Oricon charts and saw a U.S. release through Tofu Records. Aki's long-expected Japanese full-length debut was preceded by her fourth single, "This Love," used in the anime series Blood+ and scoring number two on the charts. The album Home was delivered in mid-2006 through Sony Music and sold more than 500,000 units, securing Aki's status as a top-tier performer. Her fifth single, "Sakura Iro" (2007), sold more than 100,000 copies; she did a campaign song for the Japanese Football League, played the Budokan, and got a commission for the drama Kodoku No Kake: Itoshiki Hito Yo (the song "Kodoku No Kakera"). In between these activities she also found time to get married to a person from the music industry who is 12 years her senior (his name has not been disclosed). Her second Japanese album, Today, was released in the autumn of 2007, topping the charts immediately and selling almost 200,000 units. ~ Alexey Eremenko, Rovi