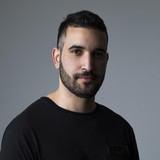 Maor Levi is no stranger in the dance music scene. Since bursting onto everybody’s radar with his debut release ‘Lital’ on Anjunadeep at the tender age of 15, and then making his home at Anjunabeats, his glittering career now has him as an established global artist, dipping his toes into a variety of styles from trance and progressive, to bass and trap, working with a plethora of high profile artists, such as Major Lazer, Steve Aoki, Skrillex, David Guetta, and Above & Beyond along the way. As a leading influence in the scene, Maor continues to dominate and cross boundaries with a variety of aliases and side projects. His discography is a succession of charismatic productions, from the euphoria-inducing ‘Divino’ with Armin van Buuren, to the heart-pounding ‘Hold On’ with ilan Bluestone featuring Alex Clare on vocals, and the sumptuous remix of ‘Into The Sun’ by Weekend Players; just a few of his chart-topping anthems to date. Proven to be one of the most prolific producers around, Maor has made himself a feature in the DJ sets of many a global superstar and receives continued support from the likes of Above & Beyond, Armin van Buuren, Tiesto, and More.