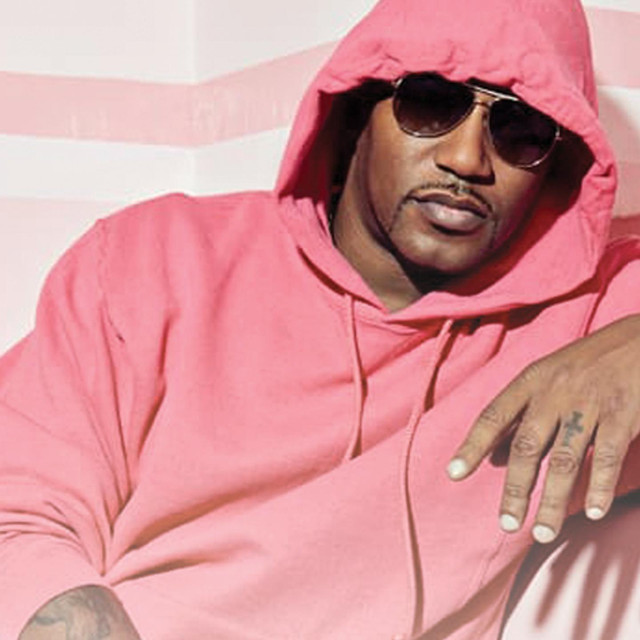 Cam'ron's increasingly outlandish yet unmistakably East Coast gangsta rap was one of the most unlikely mainstream infiltrations of the late '90s and 2000s. After operating with the likes of Big L and the pre-fame Mase, and earning the support of the Notorious B.I.G., the rapper scored a Top Ten, gold-certified hit with his debut album, Confessions of Fire (1998), and within four years threatened to crown the Billboard Hot 100 with the Grammy-nominated Just Blaze production "Oh Boy" and more pop-oriented "Hey Ma," singles off the platinum Come Home with Me (2002). Amid the rise of his busy Diplomats crew, co-founded with Jim Jones, Cam'ron went even farther out with Purple Haze (2004), and had his deliberately unorthodox, over-the-top effort rewarded with another gold disc. Since then, his profile has been considerably lower, and he has used his clout to support younger talent such as Vado, with whom he has recorded as the U.N. Near the end of the 2010s, the rapper alternately known as Killa Cam celebrated the 15th anniversary of Purple Haze with Purple Haze 2 (2019), his first true solo album in a decade. Born Cameron Giles, Cam'ron was raised in Harlem, and attended Manhattan Center for Science and Mathematics, where one of his basketball teammates was future collaborator Mase. Though he received athletic scholarship offers from top colleges, including North Carolina and Duke, Cam'ron instead attended junior college for a brief time in Texas, returned home, dealt drugs, and got involved with music. Known then as Killa Cam, he joined Big L, Mase (aka Murda Mase), cousin Bloodshed, and Herb McGruff in Children of the Corn, a group that issued scattered material on 12" and mixtape releases. Through Mase, Cam met the Notorious B.I.G., who was in the process of making Life After Death. Impressed with Cam's rhymes, B.I.G. and partner Lance "Un" Rivera consequently signed Cam to a solo deal with Rivera's Epic-affiliated Untertainment label. Cam'ron made his major-label debut in 1998 with the Top Ten, gold-certified Confessions of Fire. The album was highlighted by "Horse & Carriage," a Trackmasters-produced Mase collaboration that reached number nine on Billboard's Hot R&B/Hip-Hop Songs chart and narrowly missed the pop Top 40. The making of Cam'ron's follow-up, 2000's S.D.E. (an acronym for sports, drugs, and entertainment), was slowed by an arduous recording process that resulted in a delayed release. Less successful than the debut, it's most notable for priming the emergence of the Diplomats, a group formed a few years earlier by Cam'ron and Jim Jones (with Freekey Zekey and Juelz Santana among the other members throughout the years). Once the promotional campaign for S.D.E. wound down, Cam'ron moved from Epic to Def Jam subsidiary Roc-A-Fella. He soon reached his commercial peak with the label, operated by friend Damon Dash and Jay-Z. Come Home with Me, issued in 2002, entered the Billboard 200 at number two on its way to platinum status. Two singles featuring Juelz Santana, "Oh Boy" and "Hey Ma," became Top Five pop hits. The former was nominated for a Grammy in the category of Best Rap Performance by a Duo or Group. Purple Haze followed in 2004, and while none of its five charting singles fared nearly as well as those of the preceding LP, its idiosyncratic extravagance connected with a broad audience that gradually earned it gold status.

Having done some onscreen work -- including a role in the Damon Dash, Jay-Z, and Brett Ratner production Paid in Full -- Cam'ron extended his reach when he wrote, directed, produced, and starred in Killa Season. Within weeks of its limited release, Cam'ron offered an album of the same title for Asylum, his new label home, and included a diss track targeting Jay-Z, "You Gotta Love It." Although there were other developments, such as a feud with 50 Cent and a breakdown of the Diplomats, Cam'ron was largely absent from music for a few years while he took care of his ailing mother. Still with Asylum, he returned in 2009 with Crime Pays. Like all five of his solo albums, it debuted within the Top 20 of the Billboard 200, entering the chart at number three. A slew of mixtapes with Harlem protégé Vado led to proper albums as a duo (aka the U.N.), Heat in Here, Vol. 1 and Gunz n' Butta, released respectively in 2010 and 2011. Numerous solo mixtapes and EPs preceded Purple Haze 2, Cam'ron's seventh proper album, in 2019. ~ Andy Kellman & Stephen Thomas Erlewine, Rovi