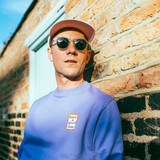 Riton’s club hits are defining a generation – and making them party hard. He’s found a firm footing at the top of the charts thanks to smashes like the GRAMMY nominated ‘Rinse & Repeat’, ‘Turn Me On’ which has garnered over 300 million streams and most recently, his top 5 track,

‘Friday’ which is the biggest streaming dance record globally, reaching the #1 airplay spot at UK radio. He also co-produced on the Dua Lipa and Silk City single ‘Electricity’, a smash that went on to win the GRAMMYfor ‘Best Dance Recording’ proving his ability to countlessly reinvent himself in an ever-growing crowded market. And yet he’s also a maverick who has forged a unique path alongside dance music’s best. His influence across club culture is vast, stretching back decades and across myriad sounds and scenes, connecting the dots between electroclash and electro-house, UK bass and hip-house, and injecting club music with some much-needed personality.