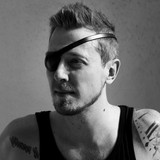 A classically trained multi-instrumentalist, Matt cut his teeth in hip hop as a member of Brisbane-based Diatribe, whose punchline-infused boom-bap left burn marks on stages across the country supporting international acts such as the Demigodz and Afrika Bambattaa. Matt was next spotted as the front-man for 9-piece group, Lisa Needs Braces, where he fused his studies of lyricism and flow with an assortment of styles from jazz to Afro-Cuban folk-funk. Matt’s move from Brisbane to Singapore brought with it a new perspective on the world, the death of several family members, a signing to Rinsed Out Records, and the inspiration for his debut solo release, After Life. Through the dreamy soundscapes of Smoke Circles, Matt takes a look in the mirror and reflects on his own smoking in the wake of his uncle’s death from lung cancer. Smashed Avocado Toast is a coming of age anthem for millennials struggling to come to grips with growing up with the handbrake on. In the jazzy boom bap of So It Goes, we ingest the psychotropic plant ayahuasca and hurdle through space and time, exploring consciousness alongside our ancestors. The consistent jazzy feel of the album is punctuated with a number of other vibes including the sinister street banger Snake Eyes, commenting on the alcohol-fuelled violence plaguing the nations bar districts after lockout, and uplifting dancefloor anthem Will I Won’t, a tongue-in-cheek jab at his own on-again-off-again relationship.