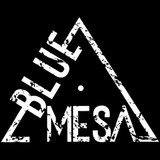 Along with the hopes to provide truth to their state's motto "Nothing Without Providence", Blue Mesa aims to captivate the hearts of their listeners with female vocals, both catchy and haunting, accompanied by driving melodic dueling guitars and a heavy hitting rhythm section. Everything happens for a reason; with this, Blue Mesa has created a rare and organic sound they are proud to call their own. Circa 2014, in the Mile High city of Colorful Colorado, Blue Mesa was born. Immediately after forming, they began recording their first full length album “Providence”; jump-starting their vocation as musicians in the Denver music scene. In 2015 they placed in Hard Rock Rising’s international battle of the bands which then led to multiple shows opening for national touring acts in their hometown. Blue Mesa released their Sophomore EP, “Origami” on June 24th, 2017, and shortly thereafter, singles "Blindside" and "Fall Until I Fly". Their newest single and music video for "Straight Through Me" is set to release on all platforms April 3rd, 2020. “Blue Mesa…[hasn’t] failed to make waves with their unapologetically visceral style which pairs female Pop Rock vocals with an anthemic guitar-led instrumental arrangement. The commercial potential which is surrounding this powerhouse of artists was palpable…They may be relatively fresh from their inception, but their ability to write stellar tracks has already matured past the point most artists could only hope to achieve.” — A&R Factory