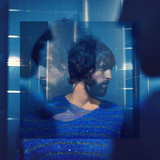 Based in Sao Paulo and formed in 2017, Tagua Tagua is headed by songwriter and producer Felipe Puperi. After two released EPs, Tombamento Inevitável (2017) and Pedaço Vivo (2018), the time has come for him to take the big leap to his LP debut. Inteiro Metade LP - to be released in October/2020 - intertwines tropical psychedelia, the principles of ye ye ye and the influence of funk and soul figures. Dominated by supple melodies and dreamlike timbres, all songs have been written and recorded pretty much by Felipe himself, mixed by Tiago Abrahão and mastered by Brian Lucey.