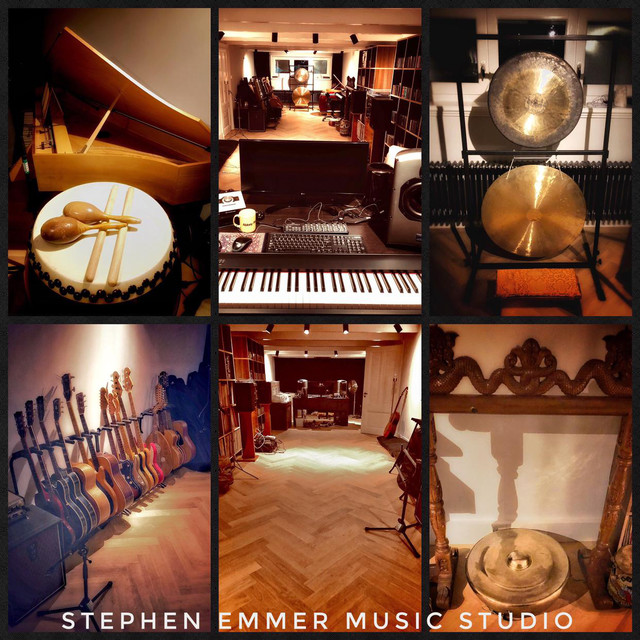 Stephen Emmer is an independent Dutch composer/arranger/artist/producer from Amsterdam in the Netherlands. He has recorded for and written, performed and collaborated with a variety of great artists such as Lou Reed, Chaka Khan, Patti Austin, Leon Ware, Andy Bey, Midge Ure, Julian Lennon, Glenn Gregory, Billy MacKenzie, Mary Griffin, Peter Coyle, Claudia Brucken,Ursula Rucker, Kendra Foster, Dwight Trible, Frank McComb, Martha Ladley to name a few. On top of that he has worked with legendary producers like Tony Visconti, Flood, Trevor Horn, Steve Power, Martin Hannett, Nigel Gray and Bob Power on his following consecutive soloalbums: Vogue Estate, Recitement, International Blue & Home Ground, available here on Spotify. He spent the majority of his childhood living with his mom, with whom he traveled abroad due to the nature of her work. She initially took him to India where he learned how to play a local wind instrument in an ashram. They then moved to the Caribbean. In Aruba he was taught to play voodoo infused percussion whereas in Suriname he learned how to play the guitar. In the 70’s they returned to Amsterdam. He got involved in a genre-bending variety of bands such as an experimental free-jazz group and a symphonic rock group with Dutch singer Mathilde Santing and avant-noise band Minny Pops before leaving to the UK to work with The Associates, Lotus Eaters & Act. He also works as a composer/arranger/producer/ music director for mediaprojects. www.stephenemmer.com