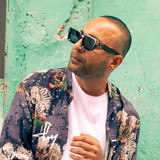 More that 16 years into a career that has seen Arash perform concerts for millions of fans across 30 different countries, pop sensation Arash still surprises everyone that knows and envies him. Back in September of 2005, when he became the 1st Persian singer in history to perform at the acclaimed Fonda Theatre in Los Angeles, Arash not only sold out the show 2 weeks in advance, but he did so on the strength of only one completed music video ‘Boro Boro’. What followed was a wave of success highlighted by collaborations with music luminaries like Marshmello, Snoop Dogg, Ilkay Sencan, Pitbull, Shaggy, Sean Paul, T-Pain, Mohombi and more, Arash would go on to sell out venues from Las Vegas to Dubai, New York to New Zealand. In 2008, he became the 1st Persian artist to headline LA’s legendary Shrine Auditorium in more that a decade. In 2016, he became the 1st Persian artist to sell out the Hollywood Palladium in more that two decades. “Iran, Iran,” his ode to the Italian national soccer team - and the country itself - was selected as the official song of the 2006 World Cup in Soccer. In 2018 his song ‘Goalie Goalie” with Pitbull and Nyusha became the nationally-crossing support track for the FIFA World Cup. And through it all, Arash has had one mission: to help marry music from his native East - or more appropriately, the Middle East - and the West.