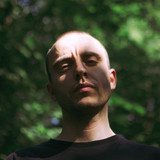 Even without using words, Julien Tassin is a storyteller. He’s the kind of musician who obviously spent some time acquiring technique and skills on the guitar, but above all values the expressive power and potential of music. His music is not just mood music, but something that transports the listener. Not by technical acrobatics, but by performing compositions that create their own little universes. It’s obvious he has soaked up a wide variety of influences - as you can hear strands of blues, soul, rock and roots music in his cinematic jazz -, but it all comes together in one rich identity. It’s also obvious that Tassin intends to create a steadily expanding discography. His debut as a leader - Sweet Tension - arrived in the fall of 2018 on Igloo Records. At the end of 2019, he already returned with the solo release Momentum (Hypnote). Earlier this year, Tassin recorded and released own ‘lockdown album’ (Pictures From Home) and now, he once again guides you into the winter season with a new trio album. One that mainly resides in dreamy, nocturnal landscapes, with stories like thumbed polaroids that retain something intangible. Moondancer is a statement by a musician who makes sure that every note counts.