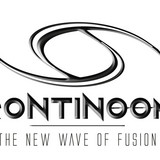 As an increasingly recognized member of the Hungarian metal scene, Continoom plays a unique fusion of electro, dubstep and metal. The band of the never-resting innovator Peter Schrott recorded its debut album in 2019 entitled “Not My War” and raised the attention of both Hungarian and international audience. The band has recorded 10 music videos so far, “FCKN Liar” has caused quite a stir due to its provoking, explicit lyrics, white “Not My War” shouts in the world all the anger and emotionality that drives the band as its essence. Continoom’s YouTube channel has well over 280.000 views, its brain-kicking live performances are sought after. Why? It’s easy: they have a message to be told and a line to reach out to everyone.