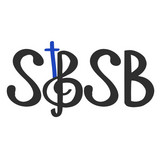 Something Borrowed, Something Blue was originally a Christian folk band started in 1969 as Jesus Christ Power & Light Co. In 1993, we became Duke's sixth a cappella group, and are now in our twenty-fifth year. In 1998, we adopted the wedding-themed name "Something Borrowed Something Blue" to reflect the church's role as the beloved bride of Christ (Revelation 21). We perform a wide variety of songs that reflect God's character and communicate our experiences of His love.