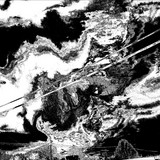 ZUNIS is an indie-psych rock trio comprised of three romantics in the modern age. Matthew Miggins, Nick Meena, and Reggie Watson met through a high school Jazz program at Tulsa School of Arts &amp; Sciences and soon ZUNIS was born in the backyard of a friend’s house. Their debut was successful and inspiring. The band recorded and released their eponymous EP in 2016 and led a thriving DIY scene in Tulsa staging all-ages shows in backyards, backrooms, empty warehouses, and squats. ZUNIS introduced their second self-released EP, “Earth to Self” headlining a 4-band bill to an all-ages audience at Tulsa’s Gateway Building. They were selected as an official showcase band by SXSW and performed on the main stage at The Boom Factory during SXSW 2019 in Austin, Texas. ZUNIS performed locally and toured regionally in the summer prior to embarking on a twenty city autumn tour through the mid-west and south. Highlights included an industry showcase hosted by Norm Winer at Fort Knox Studios in Chicago, a visit to JBTV with Jerry Bryant, and a performance set and interview on the SAFEHOUSE ATX program in Austin. The band is currently writing and recording and planning their 2020 tour. www.zunis.net