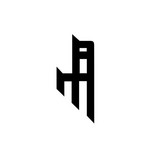 In 2020, the world is set on a path straight to hell. The new world is coming to get us all. The age of innocence is over. The age of enlightenment is dead. The Age of Menace has begun.   Isolated for decades in the bottom of a deep, dark hole, the manic screams of vocalist Rob echoed through deserted hallways – a terrifying sound no one could hear – until they permeated the haunted dreams of mutilation enthusiast and guitar brutaliser Pete, who found himself unable to resist the call of the eerie melodies and twisted wails.   He’d wake up screaming, his hands drenched in blood and a riff embedded ceaselessly in his mind, gnawing at his psyche until it was brought to life.   But there was another who understood, who could unite sender and receiver in an unholy communion, bringing their collective malice to the fore. Well-versed in the dark arts of necromancy, voodoo and bass guitar, Adam was a conduit, a link between the tormented soul and the depraved mind as they searched for each other in the darkness.   Together he and Pete conducted a ritual that traversed oceans and half the globe to reach Rob, recording his melodic utterances from the pitch-black booth in which he was eternally imprisoned. Then they would then summon a pulse of unknown and horrific origin – though some say the rhythm is kept by the dark lord himself.