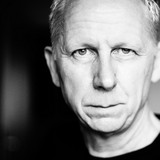 This is Thomas Kessler – a composer, producer, and sound sculptor from Düsseldorf, Germany.   Took up the piano at the age of nine and made my first own recordings a little later with my older brother’s tape deck. I mostly just played by ear, started composing original pieces rather randomly for the sheer pleasure of experimenting with different sounds. After a few years of playing around in various rock-jazz and pop bands, I launched my first own 'Thomas Kessler Group' in the mid-1980s.   The Nineties saw me travelling the world with Berlin’s Dissidenten, where I would meet fantastic soloists like alto sax virtuoso Charlie Mariano and members of the Karnataka College of Percussion.   At the same time, I started building my own studio, which helped me control the entire musical production process, from recording to mixing to mastering.   Began working on a variety of projects in the field of intuitively composed music. The resulting collaborations included performances and productions with great fellow musicians from bands like King Crimson, Traffic, Can, or Kraftwerk.   The producer in me had the great fortune to support guitar wizards Ulli Bögershausen and Sungha Jung on some of their solo albums.   The year 2020 was finally marked by the resurrection of my solo piano music: in August I started a series of compositions in the tradition of my 2012 album "Piano Diaries".