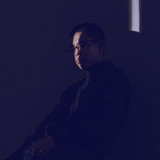 Perk Pietrek (pronounced perk pie-trek) is unquestionably one of Singapore’s hottest exports. His distinctive touch with production have seen his singles and remixes streamed millions of times while attracting co-signs from the biggest names in dance music like Skrillex, Marshmello, The Chainsmokers, UZ, Far East Movement and more. The Singaporean-born DJ/Producer’s devotion towards strong characterised drum-play and earnest means to break the boundaries of bass music have proved to be fruitful over the years, from Paramount Picture's commissioning of his remix for the blockbuster film Mission Impossible: Fall Out to scoring placements on TV shows like Dynasty, Queen Of The South amongst international airplays on stations like UK’s BBC Radio 1, AUS’s Triple J, US’s Powertools Mixshow and many more. Forward thinking, genre-defying and unpredictable, is where Perk’s sound is at right now.