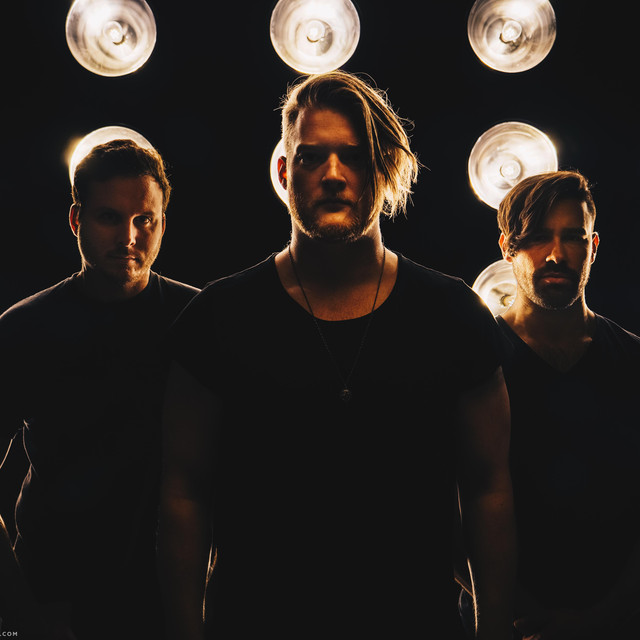 6’3", 260 pounds, former center for Purdue football…sounds like a likely candidate for a tender musician, no? Well, looks can be deceiving, and despite an eclectic background, Midnight Divide frontman Austen Moret has been obsessed with songwriting since the days his two-year-old self was smashing the keys of a Casio keyboard or his grandmother’s piano. Weird right? He has…layers. After brief stints in indie/alternative bands during 2012 – 2014, Moret finally decided the only path forward was to forge his own. Thus in 2015, via the depths of Craigslist musician ads, Midnight Divide was born. With Jace McPartland on bass, Dan Beltran on lead guitar, and Bryan King on drums, the band has released three EPs (Embrace The Wave, Dichotomy and Weapons Grade Amnesia), along with two singles (Let It Be Known and Dark Dreams) to date. The band has also recorded and released a selection of their favorite covers, recorded and filmed live at The Village Studios in Brentwood, CA. Having caught the ear of several prominent music supervisors, the band found their songs “Fireline”, “Let It Be Known” and “Inherent Vice” landing syncs on Showtime’s critically acclaimed Shameless, as well as “Torn” and “Animal Eyes” on TNT’s Animal Kingdom. Self-produced and mixed by Moret at his studio in Hollywood, Silverside Recording, Midnight Divide just released their newest single “Dark Dreams”, with a music video coming soon. More singles are expected in 2020, spilling over into early 2021.