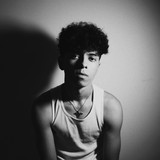 19 year old songwriter and producer Mattilo combines intimacy and authenticity with big stadium sounds in cutting edge dance music tracks with an independent attitude. Coming from a music industry family, Matthew was used to the world of studios and big labels and was signed to Universal Music Group at age 16 with whom he amassed three million streams on Spotify. From there, it was the underground world of independent artistry which proved the next frontier, and Matthew made the bold decision to go it alone after the label was no longer able to further his career. The risk paid off, and at only 19 he has built a steady online presence based on intimate connection with his fans, collaborating with features vocalists, remixing other artists’ songs, and refining his musical identity without the constraints of a record contract. Mattilo’s unique, husky vocals add a human edge to a precise and polished genre, helping channel the raw energy of a festival crowd to the intimate settings in which music listening has become increasingly common. Inspired by other outside the box thinkers like Avicii and young, industry-challenging artists like Martin Garrix, Mattilo appeals to the emotions of his audience, creating atmosphere and soundtracks to fuel creativity and spur on other artists.