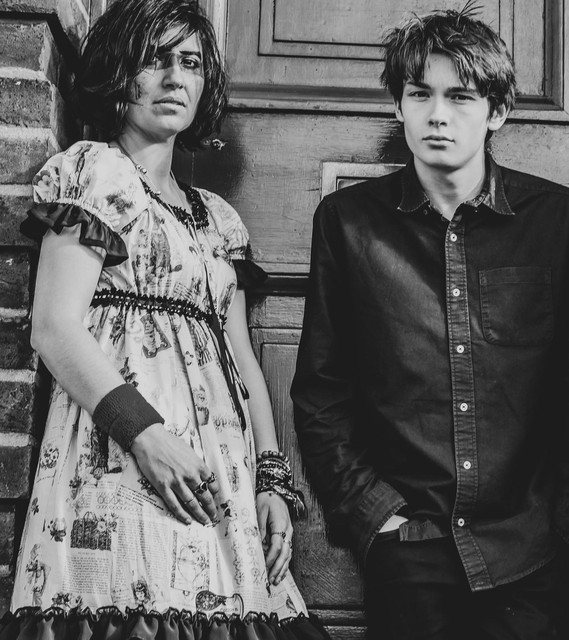 Self-described as Uplifting angst, British/Colombian Latina, MeMe Detroit was raised on the outskirts of Stratford-Upon-Avon UK & developed an ironic strong aversion to Shakespeare from a young age. As she grew, heavily influenced by a family generational box of vinyl, she inevitably developed into a poet/songwriter of her own form. Sitting somewhere between sleazy grit rock grunge & power indie, The band consists of MeMe on vocals, guitars & keys/Synth and Kallum McEwen on drums. With over 200 gigs under MeMe's belt, they've

become known for their high octane, fully immersive live show.   Championed by BBC Introducing as well as landing regular airtime on Kerrang! Radio, Janice Long's show on BBC Radio Wales & recently being picked for Fresh in the Net's Fresh Faves with 'Can't get you out of my mind', they've been placed firmly on the map as a notable artist to look out for in 2020. "...The only track I’ve had on constant repeat this week! AMAZING!"