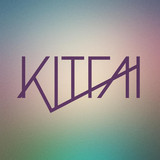 Norwegian rockband KitFai has been playing since 2013 and just released their debut album “The Things You Left Us”. KitFai was started when five friends decided that they wanted to make music inspired by the music they grew up with. Their influences are bands like Mew, Paramore, Further Seems Forever and Matchbook Romance. The album is about being left behind, longing and a wish to get back to how life was before. To feel small in a big world. This is also reflected in the music. The songs are full of contrast, from the aggressive and angry to the more nostalgic and abstract. We, as songwriters are nostalgic as well, as we are strongly influenced by the music we grew up with. -KitFai Since 2013 KitFai has released and EP called grip, 2 stan-alone singles; “Down” and “In Every Way”, and two singles from their upcoming album.

All of their releases has been well received by both Norwegian press and radio, and their single Down was used in a popular Norwgian TV-show “Unge Lovende”. KitFai hos continuously played shows all over Norway and had their first ever US-tour this summer. When KitFai released their debut EP Grip Last fall, I was immediately a fan of a rockband that is unlike anything else in this country. Dangerous hooks, well-written songs and out of the ordinary, are some keywords. –Musikknyheter.no I recommend that you turn on your stereo and check out this band. And by all means, take a look at their coverart. Its completely beyond awesome! –EvigLyttar.no