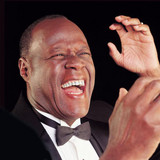 Johnny Ventura, the “Elvis of Merengue,” was one of the most popular artists to rise up in the post-Trujillo era of the Dominican Republic. He brought a new professionalism to the style with the Johnny Ventura y su Combo Show, which incorporated rock guitar and flashy costumes and dancing female back up singers. His 1967 album Ah no, yo no sé no (1995 Bongo Latino) was one of the first merengue albums to go gold and he eventually landed his own TV show in Dominican Republic. He’s made over 100 albums and was elected Mayor of Santo Domingo in 1998. Ventura has recorded less frequently in the last decade, but he did win a "Best Producer" for a Latin Album Grammy for his record "Sin Desperdicios"

(2003 Musical Productions, 2007 Sony Latino). "SOY" Johnny Ventura (2004 Aresmultimedia) was recorded live, his musical autobiography with many of his seminal hits. Never one to stand still, Venture incorporated elements of Reggeaton into his one hundred and third album 103 Boulevard (2007 Musical Productions/ Sony BMG). And even today, Ventura keeps surprising with his ever progressing rhythms. Keeping alive, the soul of Merengue for generations to come.