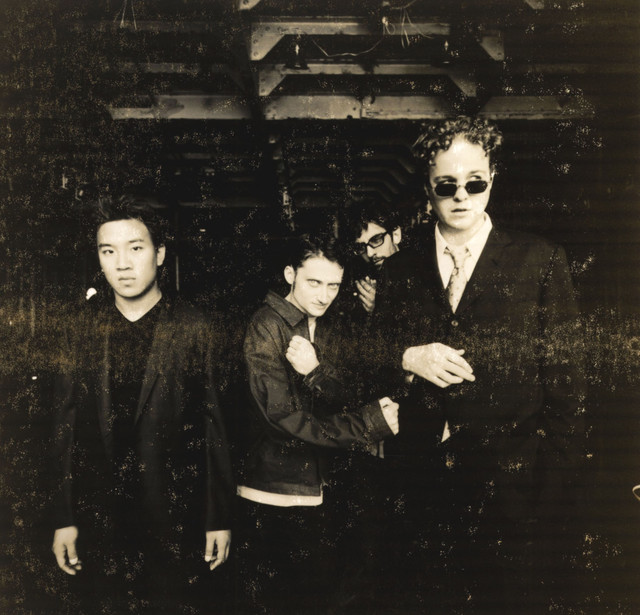 Although formed in Seattle during grunge's heyday, Harvey Danger took inspiration from a wide range of influences, from hometown heroes like Nirvana and Mudhoney to such melodic cult bands as the Pixies, the Buzzcocks, and Ride. The group began taking shape in 1994, when University of Washington students Sean Nelson (vocals), Jeff Lin (guitar), Aaron Huffman (bass), and Evan Sult (drums) came together to play cover songs at college parties. In time, the group developed a rabid cult following thanks to their original material, and in 1996, they teamed with renowned local producer John Goodmanson to record the songs that would later comprise their 1997 debut LP, Where Have All the Merrymakers Gone? Originally released by the indie label Arena Rock, the album was soon picked up by Slash Records after the infectious single "Flagpole Sitta" became a local hit; the track then became a national smash during the summer of 1998, faring well on modern rock radio while also cracking the Top 40. Two years later, the follow-up album, King James Version, arrived. Like the band's debut, it was filled with melodic, sardonic, tightly wound alt rock. King James Version received very little support from the label, however, and Harvey Danger ultimately disappeared from the national radar. The bandmates retreated to Seattle, played in various projects around town, and enjoyed their status as cult stars. As 2004 rolled around, Harvey Danger chose to celebrate the band's tenth anniversary by returning to the drawing board and composing new material. Kill Rock Stars climbed on board by issuing the Cream & Bastards Rise EP, and Little by Little... -- Harvey Danger's third full-length album -- appeared on the band's own Phonographic imprint in 2005. The album was also made available as a free download from Harvey Danger's website. Four years later, the band decided to throw in the towel, with a series of shows (including three in Seattle) serving as their last hurrah. ~ Jason Ankeny, Rovi