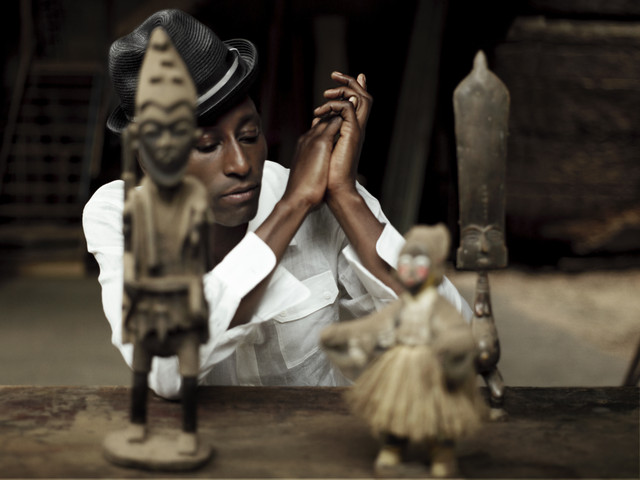 A Nigerian-born rocker heavily influenced by Jimi Hendrix and Fela Kuti, Keziah Jones gained popularity in England and France with singles like "Rhythm Is Love" and "Beautiful Emile." Jones was sent to a boarding school in London when he was eight, and he started busking in the London Underground when he was in his teens. He gigged up a storm in Covent Garden and Portobello Road, which led to his discovery by manager Phil Pickett. One bassist (Phil "Soul" Sewell), one drummer (Richie Stevens), and many gigs later, Jones found himself with his first album, Blufunk Is a Fact!, in 1992. Several more albums ensued over the next 15 years (African Space Craft, Liquid Sunshine, and Black Orpheus among them), fixing Jones as one of the more prominent blues-rock musicians on the European music scene in the late '90s and early 2000s. He bolstered this reputation with the release of the album Black Orpheus in 2003 and a first best-of collection, Rhythm Is Love, in 2004. His biggest album to date, Nigerian Wood, was released in 2008. The album spent an incredible 43 weeks on the French SNEP chart and established Jones as a leading figure of the European blues genre. Jones' sixth studio album, Captain Rugged, followed in 2013. He returned with the Rugged Covers EP in 2017. ~ TiVo Staff, Rovi