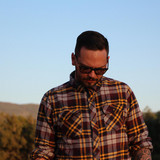 Johnny Gillespie is a cross genre alternative artist and songwriter based in Orange County, California. His sound blurs the lines between the warmth of old-school rap and the flexibility of the modern alternative scene, finding the sweet spot somewhere in between. His music is particularly distinctive due to the striking attention to detail and the quality production aesthetics you can expect from this talented artist. Johnny’s influences are extremely diverse, echoing the work of artists such as Sublime, Everlast, and Beck, only to mention but a few. He is not necessarily a rap artist, but rather someone who simply wants to make great music, regardless of genre aesthetics, rules and definitions.Johnny Gillespie, loves to challenge himself with many different sonic ideas. Throughout the span of his career, Johnny has worked with, his mentor is Ronnie King, a record producer known for his work with legends like Tupac, Mariah Carey and more. He also had the opportunity to work with artists like Casey Sullivan from Seedless, as well as collaborating with producers like Bradley Denniston (G-Eazy, Gotye…)Johnny is highly appreciated for his energetic live performances and he also played with artists like Mickey Avalon, and Yelawolf, just to mention a couple!