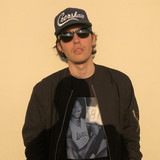 B-Rhye is a California bred rapper and vocalist who has been on the scene since roughly 2014. Initially known as a lyricist, B-Rhye has evolved into an intricate vocalist, engineer, producer, and songwriter. As a creative, B-Rhye set out to blur the lines of genre and strictly make what he naturally gravitates to. A lot of that is classic west coast style music inspired by artists like Tupac, Snoop, and Dre. With a blend of Toronto 6 side moodiness inspired by artists like PND and Drake. Add in some classic NY wordplay inspired by artists like Jay-Z and BIG and that is a core foundation of what he is moved by. Many others like Lil Wayne, Kanye, and J. Cole have given him some form of inspiration and drive to pursue this career as well. While on the surface B-Rhye may look like an average American boy. He is fully Mexican and son of 2 Mexican immigrants. Seeing what it’s like for immigrants and hispanic/Latinx culture as a whole, B-Rhye wants to spread awareness in his music and also rid himself of borders that box him in as a “Latin artist”. He wants to be held with the greats regardless of his ethnicity, while being proud of his Mexican heritage. B-Rhye’s music is so much more than a spread of awareness. It’s also audio letters and stories of the borough he grew up in, his loves, his losses, and his anxieties. He never wants to box in his music to specific subject matter because in all reality he could make a song that’ll make you cry one day and a club banger the next.