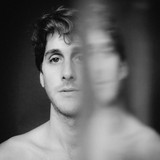 Cellist, composer and producer Sebastian Plano is best known for his unique approach to music creation: Uninterrupted nights playing and recording every single note by himself in his Berlin studio, layering each musical phrase at a time. Creating entire ensembles by oneself makes for a distinctive sound, the genre of which becomes difficult for anyone to categorize. His recent album “VERVE” got Sebastian Plano a nomination at the 62nd Grammy Awards in 2019. Plano began playing the cello at age 7, and writing music at 12. He later left his home city of Rosario, Argentina, driven by a strong cello-soloist career ambition. It is only after years of dedicated study in renown conservatories across the world, that he chose the path of composition instead, leaving conductors and black suits behind him. After a well-received solo debut “Arrhythmical Part of Hearts”, which he promoted busking at San Francisco’s subway stations, he went to meet with Nils Frahm in Berlin to master his second title “Impetus”. He later released “Novel” in 2017, a 2-track EP featuring former Kronos Quartet’s cellist Jeffrey Zeigler as a guest artist. Then scoring, alongside Ben Lukas Boysen, the award-winning Playstation game ‘Everything’ and more recently, writing and performing string arrangements for British singer-songwriter Celeste.  Sebastian Plano received a Grammy Awards nomination for his last album ‘Verve’ released on Mercury KX in 2019.