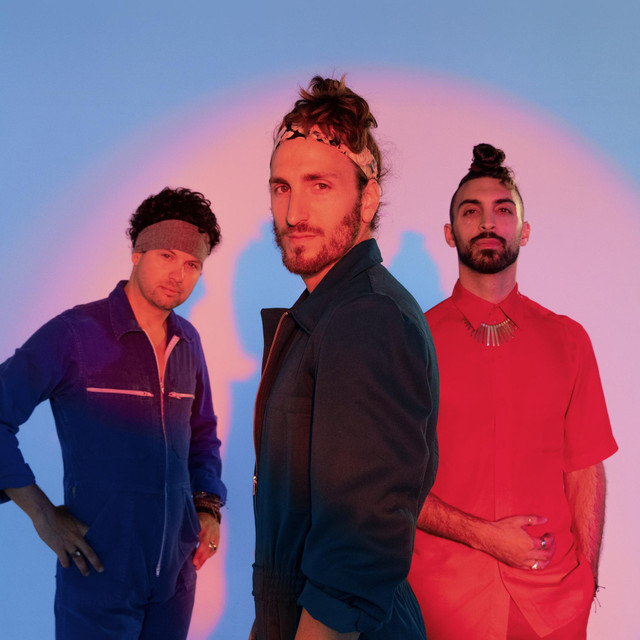 “Maybe the world is broken, but our house is always open.” A dynamic blend of alt-rock meets pop wrapped in a festive, down to earth package, MAGIC GIANT have shown their progressive layers with their captivating new single “Disaster Party.” The group made up of Austin Bisnow (vocals/percussion), Zambricki Li (fiddle/banjo), and Zang (guitar) have recently been working on their new album from The Bunker, a 1940’s underground bomb-shelter the band converted in Silverlake, CA. Leading the way into their new album, their new single “Disaster Party” turned the fires of Los Angeles into a way to unite the community. “Any time when shit is hitting the fan, instead of having a pity party, throw a disaster party,” Zambricki explains. “The band was out in the valley recording at a studio that almost got consumed by flames. The neighborhood got together, created their own mini force and fought the fire themselves when needed. When everyone was gathered at the center before evacuation, it was the first time some neighbors who lived within a few houses of each other for years ever shared a word.” “Disaster Party” blends pop verses with alt-rock hooks while balancing the intrinsic meaning behind the track. Their upcoming album holds notes of growth and “ digging deeper.”