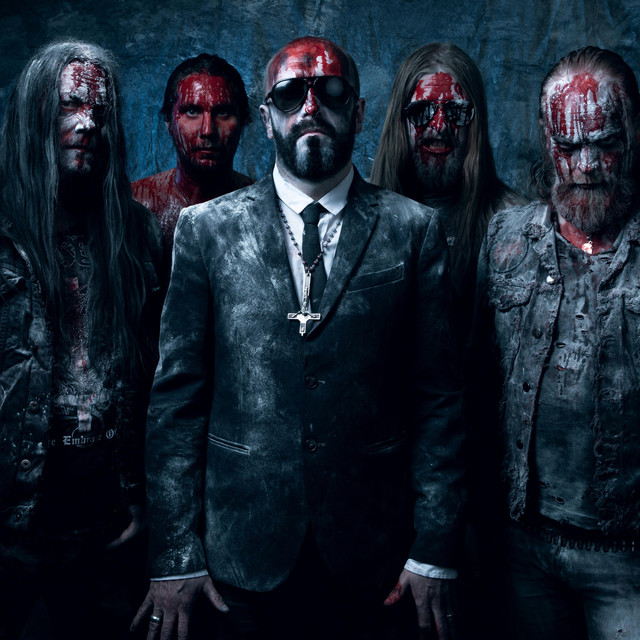 A death metal supergroup founded by members of such legendary Swedish bands as Opeth, Katatonia, and Edge of Sanity, Bloodbath deliver old-school Scandinavian death metal in the vein of early Entombed with a bit of Floridian U.S. death metal (Morbid Angel, Obituary) tossed in for good measure. Taking their name from the song "Blood Bath" by British thrash legends Cancer, the group debuted in 1999 with a three-song EP, followed by a full-length, Resurrection Through Carnage, in 2002. Despite maintaining busy schedules with their other respective bands, Bloodbath established a rabid fan base that would sustain them well into the next two decades, yielding sporadic blasts of audio savagery like The Fathomless Mastery (2008) and The Arrow of Satan Is Drawn (2018). Formed in Stockholm in 1998, the original lineup, Mikael Åkerfeldt (Opeth, Katatonia, Steel), Anders "Blakkheim" Nyström (Katatonia, Bewitched), Jonas Renske (Katatonia), and Dan Swanö (who worked with just about every Swedish metal band and musician in some way or another), released their debut EP, Breeding Death, in 1999. The EP created quite a stir, and the band was moved to record and release a full-length. That album, Resurrection Through Carnage, hit stores in 2002. With Opeth's star rising, Åkerfeldt took leave of Bloodbath in 2004, and Swanö made the jump from drums to guitar. In order to cover the vacancies left by all the moving around, Bloodbath roped in Hypocrisy vocalist Peter Tägtgren and Witchery (and eventually Opeth) drummer Martin "Axe" Axenrot. This new version of Bloodbath made a quick turnaround and released album number two, Nightmares Made Flesh, in 2004. Although the band had become somewhat more serious -- not so serious that Katatonia were in any danger -- 2005 would see the departure of Tägtgren, but it would also see the return of Åkerfeldt, even if for just one event, the band's well-received -- and not to mention exceedingly rare -- live appearance at that year's Wacken Open Air Festival in Germany. After that show, Swanö would also call it a day, and the next couple of years saw Bloodbath keeping a low profile, looking for a new vocalist and a new guitarist. In 2007, Bloodbath returned to the metal public's attention, announcing new guitarist Per "Sodomizer" Eriksson (21 Lucifers, Genocrush Ferox) and that the band was working on a new EP, to be titled Unblessing the Purity. In January of 2008, Åkerfeldt returned to the fold as the group's vocalist and took on vocal duties on the EP, which was released in March of that year. The four-song set was then followed by the long-awaited live CD/DVD of the infamous 2005 Wacken Festival gig, entitled The Wacken Carnage, and the group's third full-length outing, The Fathomless Mastery. 2012 saw Åkerfeldt leave the fold again, and in 2014 the band brought in Paradise Lost vocalist Nick Holmes to fill the vacancy. Holmes' debut outing with the group, 2014's Grand Morbid Funeral, also featured guest appearances from Autopsy's Chris Reifert and Eric Cutler. Holmes stayed on for album number five, 2018's The Arrow of Satan Is Drawn, which also featured guest appearances from Jeff Walker (Carcass), Karl Willetts (Bolt Thrower, Memoriam), and John Walker (Cancer). ~ Chris True, Rovi